Each entry includes (or will soon include) a list of sources identified by acronyms. Below is a list of those acronyms and the sources they refer to. If you have any questions about a particular source or entry, or need help tracing any information to its source, feel free to contact us using the submission form.

Fond and files numbers: refer to archival files found within the Russian Centre for Preservation and Study of Contemporary Documents (RGASPI), some of which are held at Library and Archives Canada (LAC).

Figueres List: List of 474 Canadian volunteers who passed through the Castillo de San Fernando in the border town of Figueres. Most crossed the Pyrenees and entered by Agullana, Massanet, and Espolla. Their names are drawn from RGASPI Fond 545, Opis 6, Delos 35 and 36, and Opis 2, Delo 303.

“Pay” refers to pay lists of the International Brigades that are scattered throughout the RGASPI fonds.

“SACB” refers to the US government’s Subversive Activities Control Board. SACB was an anti-Communist organization first established in 1950 to methodically investigate and expose the actions of the Communist Party of the United States of America. SACB was closely associated with the government order that any organization deemed to be “Communist fronts” or “Communist infiltrated” had to publicly disclose information about their funds and memberships. They took a keen interest in volunteers who had fought in Spain.

“Sail” refers to a list compiled by the Friends of the Abraham Lincoln Battalion that lists a number of the return dates for the volunteers. Stephens: Stephens, D.P. A Memoir of the Spanish Civil War: An Armenian-Canadian in the Lincoln Battalion. St. John's: Canadian Committee on Labour History, 2000.

Stephens: Stephens, D.P. A Memoir of the Spanish Civil War: An Armenian-Canadian in the Lincoln Battalion. St. John's: Canadian Committee on Labour History, 2000.

As we continue to build our website, we will be adding more detailed information on our sources. 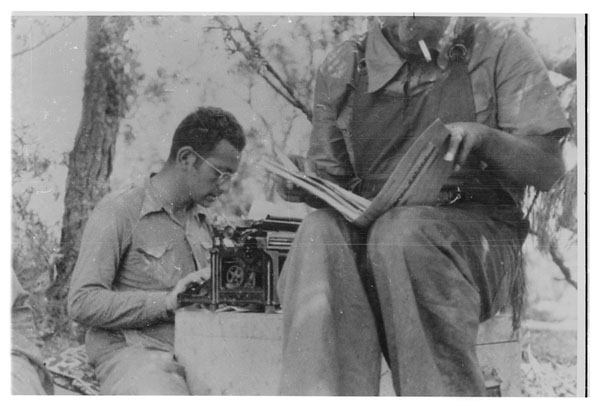