Introduction to the Database

Welcome to the database of Canadians in the Spanish Civil War. This database contains records of all known Canadians who volunteered with the Republican forces during the Spanish Civil War. Many were members of the Mackenzie-Papineau Battalion, many belonged to other brigades, and others participated as journalists, medical staff, administrative staff, ambulance drivers, etc. This database is the result of extensive research by Michael Petrou and Myron Momryk. Michael Petrou is an historian, journalist and non-resident fellow at the Montreal Institute for Genocide and Human Rights Studies. Myron Momryk is a retired scholar and former archivist at Library and Archives Canada. His unpublished study of the volunteers, “The Fighting Canucks: Biographical Dictionary of the Canadian Volunteers, Spanish Civil War, 1936-1939” provided the basis for Petrou’s further investigations of the Canadian volunteers. Petrou built on Momryk’s work in his doctoral thesis, which eventually became his 2008 book Renegades: Canadians in the Spanish Civil War. Petrou shared his data with our project, forming the basis for this database. We are very grateful for their generosity in sharing this research.

This data has been curated by Kaarina Mikalson for clarity and consistency – as much as is possible, given the diversity of records. Many of the records are far from complete. If you have corrections or additions for the database, please submit them using the contribute form. We are working on adding photos and source information, and intend to link the records to our other project material, particularly the material found in our digital repository. In the meantime, if you have questions about sources for a particular record, please use the contribute form and we will respond with any information we can provide.

Ray Hoff, a retired academic and the son of volunteer Harold Hoff, has taken it upon himself to flesh out Momryk and Petrou’s work and lengthen the volunteer entries. He conducted further research in the Russian State Archive of Social and Political History (RGASPI) files, on Ancestry.ca, and by doing a review of the literature. His work clarifying the dates of return for the volunteers is especially valuable.

Microfilm copies of material from the International Brigade Collection at the RGASPI in Moscow are now held at Library and Archives Canada in Ottawa and formed the basis for much of this research. The opening of these records after the fall of the USSR in the 1990s proved to be a significant help to scholars of the International Brigades. Petrou’s book and database of volunteers is the first Canadian source to have systematically addressed these documents, which he describes in a footnote as ranging from “reports written in several different languages, to semi formal letters and notes scrawled on scraps of paper” (243). Materials from the same source are also held at the Abraham Lincoln Brigade Archive at the Tamiment Library at New York University.

The majority of the information was collected about the volunteers before or when they arrived in Spain. As Ron Liversedge notes in his memoir Mac-Pap, Communist Party of Canada leader Tom MacEwen made it clear that the committees that screened applicants had no interest in sending unreliable men or police informants (35). As the Comintern organized the International Brigades and national Communist Parties sponsored many of the volunteers, it should be no surprise that Comintern functionaries in Spain conducted many of the interviews.

Similar databases are available for:

Some terms and acronyms used throughout the database may require explanation, which can be found on our terminology page. 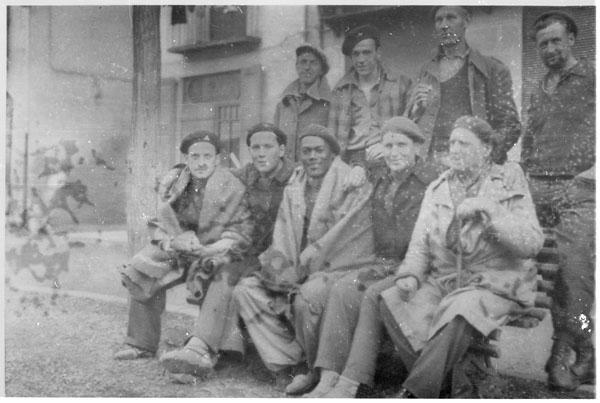