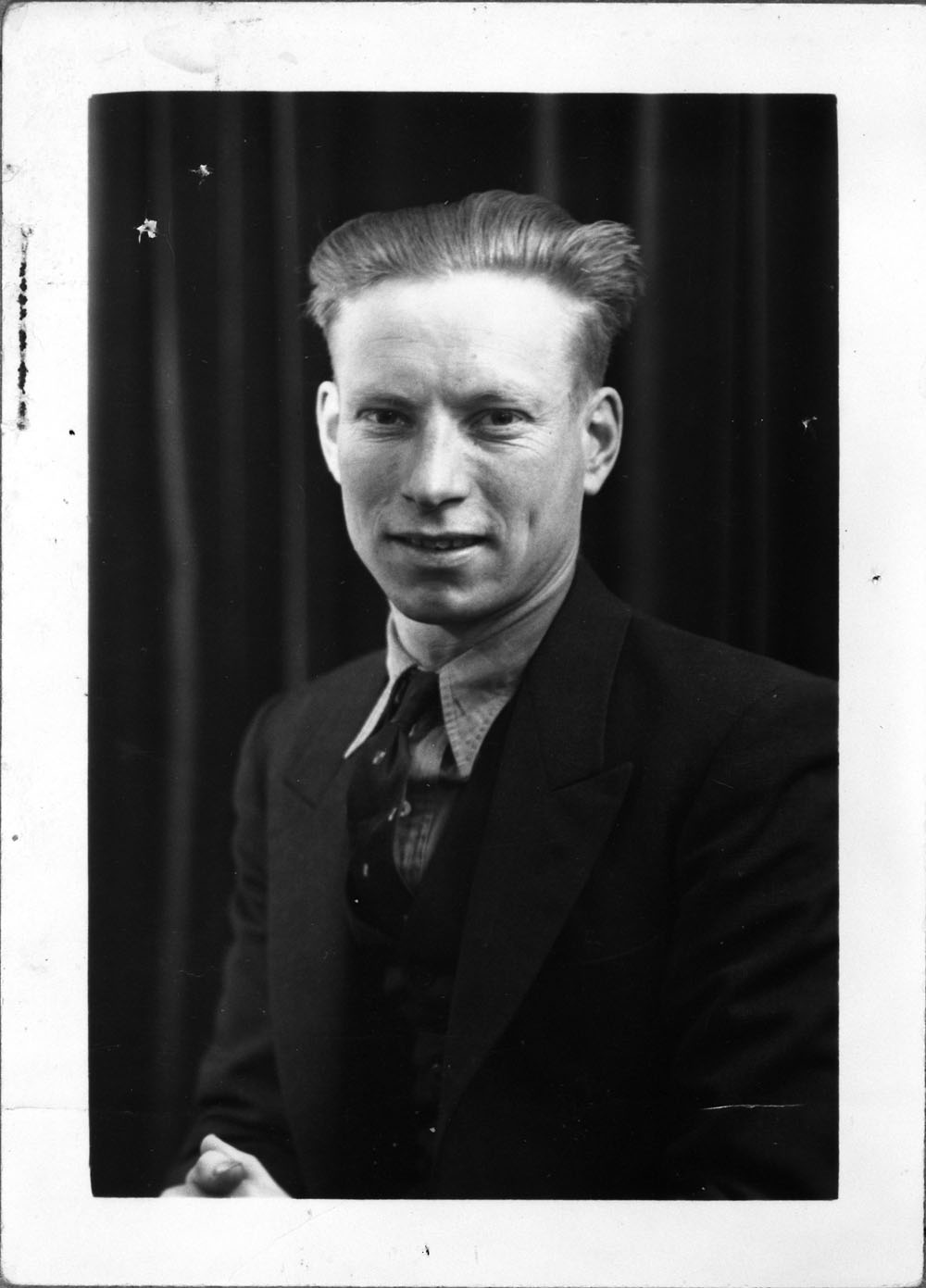 John Oscar Bloom was a Spanish Civil War volunteer from Edmonton, Alberta. His nickname was Red, but this black-and-white photo does not reveal if he earned this name because of his hair. Like many Mac Paps, he also went by many pseudonyms and aliases, including Jean, Asselson, Alms, and Orville. Before traveling to Spain, he was active in the Young Communist League, the Communist Party, and a local militia.

He died only a few months after arriving in Spain, at Brunete. His death is described in The Book of the XV Brigade: “John Oscar Bloom, 24 year old volunteer from Edmonton dashed first into the attack shouting: ‘Come on, Mackenzie-Papineau!’, and was killed instantaneously.”