Volunteer of the Week: Bill Williamson 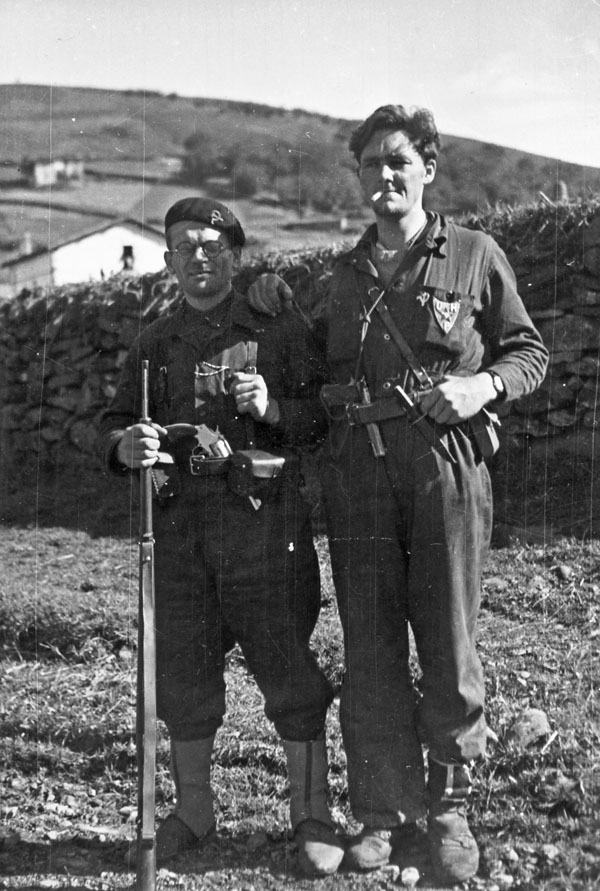 Our volunteer of the week is Bill Williamson, a sailor, lumberjack, and photographer, and reportedly the first Canadian to fight in the Spanish Civil War. He is pictured here, on the right, with a Czech volunteer. He travelled widely during his life, from Regina, Saskatchewan to Australia, where he served six months in a militia. He was involved with the Communist Party of Canada and the Industrial Workers of the World. Williamson arrived in Spain very early, in July of 1936, and he initially fought with a Basque militia unit, though he later served with the Abraham Lincoln Battalion and Mackenzie Papineau Battalion. He was mistakenly reported dead in newspapers in Winnipeg, but though he was wounded in action several times, he survived the war.

He lived in England and he died in 1991. Williamson is the subject of a chapter in Michael Petrou’s book Renegades: Canadians in the Spanish Civil War. You can listen to his oral accounts of his fascinating life online via the Imperial War Museum. He is also the subject of a short biographical comic by Kara Sievewright in the Graphic History Collective’s collection Drawn to Change.